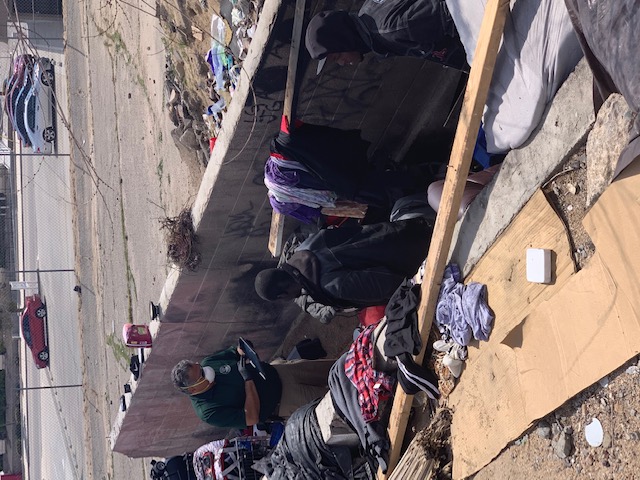 Homelessness is a growing challenge throughout the country, and the state of California accounts for more than  50 percent of our nation’s homeless population. According to recent Point-in-Time Homeless Counts, the City of Victorville has the second-highest concentration of homeless persons in the County of San Bernardino.

The current political landscape is pushing cities to solve their own homeless problems without adequate funding and resources.

Additionally, cities are being sued in Federal Court for "criminalizing" the homeless; and cities are not able to enforce anti-camping ordinances or Public Nuisance Laws without showing that they have adequate, low-barrier shelter beds available to house their homeless population. 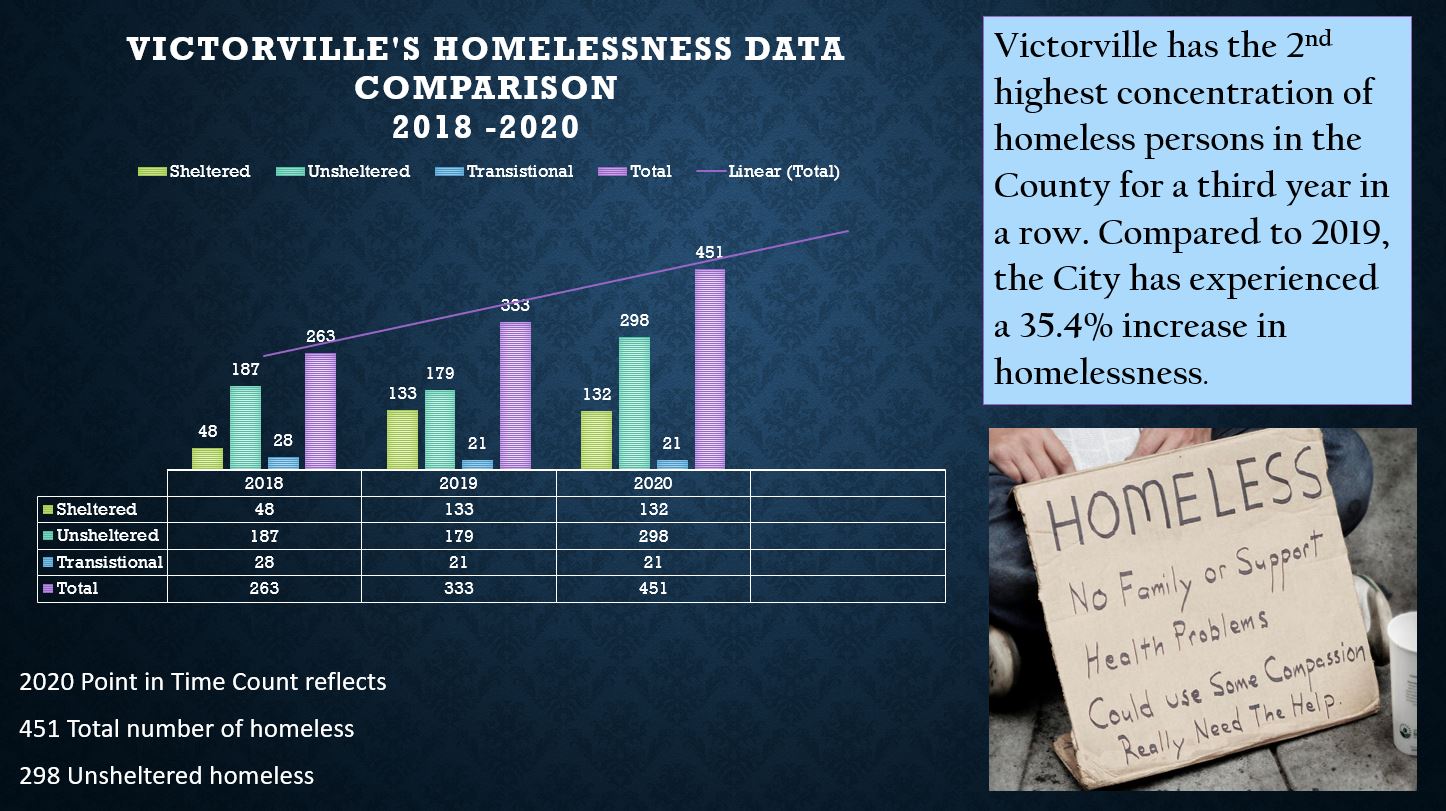 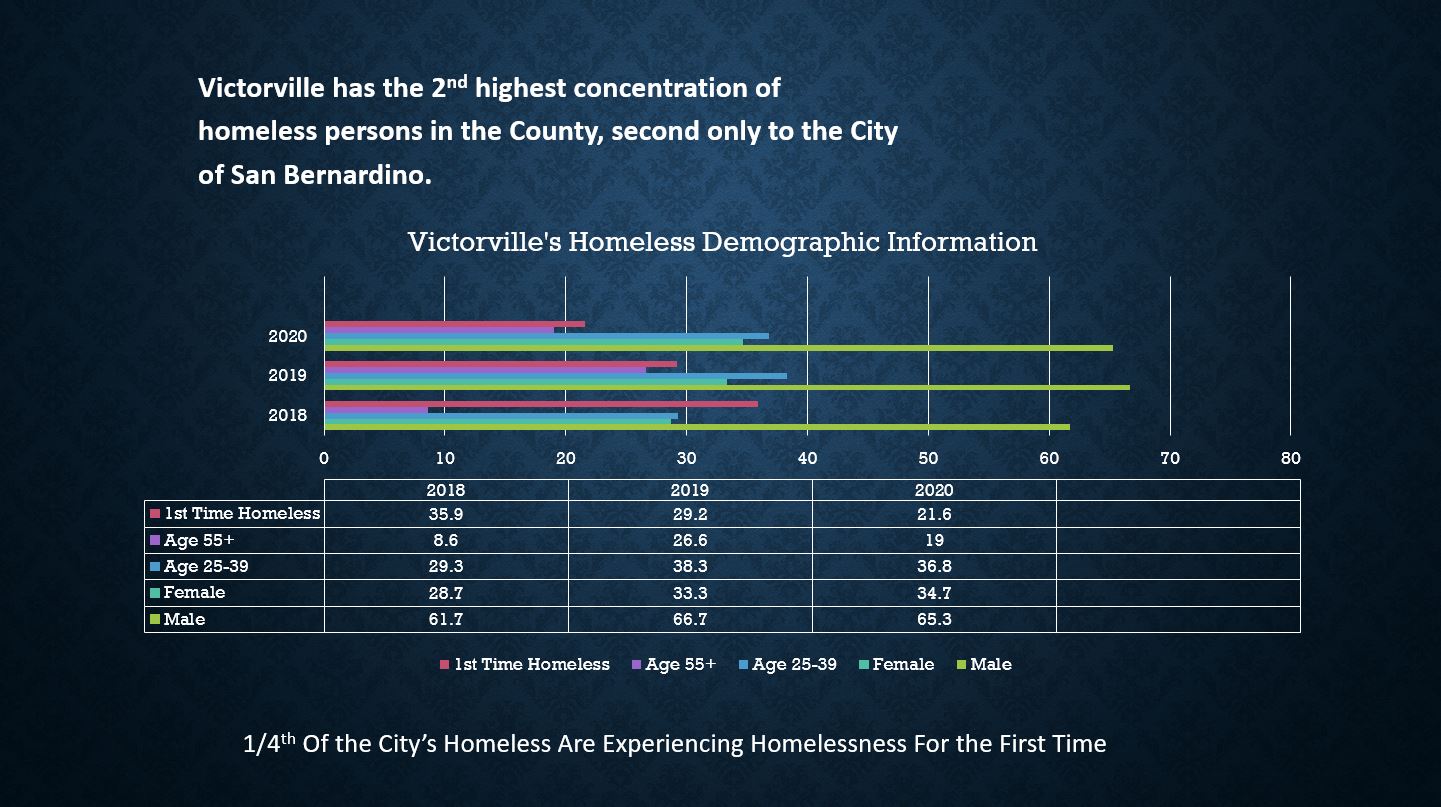