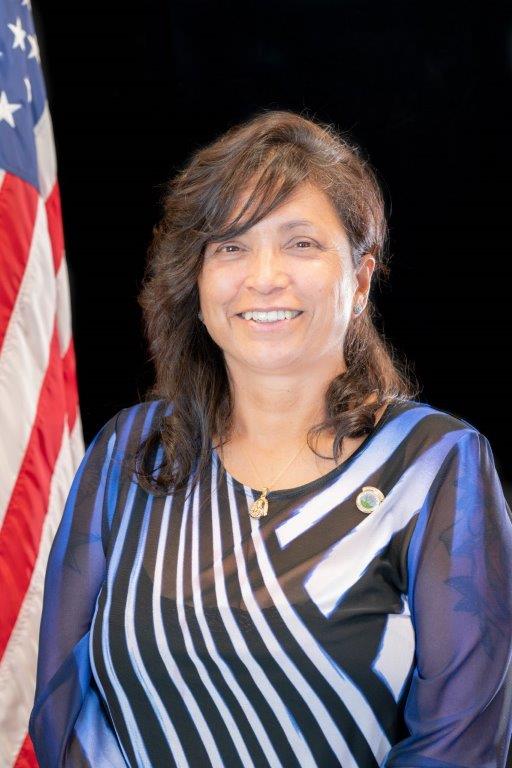 Elizabeth, ‘Liz’, Becerra is a lifelong resident of the City of Victorville with more than 34 years of experience in municipal government. Her areas of expertise are public works, traffic control, and infrastructure management and maintenance.

Liz began her career with Southwest Portland Cement, now Cemex, at the age of 18. In 1985, she joined the City of Victorville as a public works laborer and progressed to the rank of supervisor prior to her retirement in 2020.

While working for the City of Victorville, she actively supported community events and festivals like the annual Victorville Christmas Parade, Spice of Life, Fall Festival, National Night Out and more. She was part of the crew that designed and installed the City’s 7th Street Median beautification project.

Liz’s love of Victorville and passion for community motivated her to run for Victorville City Council, and she is honored to serve the citizens of Victorville following her election in November 2020.

Her priorities include developing more activities and programs for local youth like a Victorville sports complex, expanding library services, and fostering the use of new electric vehicles among the City’s fleet of vehicles to not only reduce emissions but also to save money.

Liz was appointed by the Governor of California to serve on the State Fair Board where she was active in planning the annual State Fair in Victorville and other events and activities at the Fairgrounds.

Liz’s family roots in Victorville date back to the 1920’s. She grew up in Old Town Victorville. Her first family residence was on E-Street. She attended local public schools and earned her associate degree in public works from Victor Valley College.

Delegate to the League of California Cities Desert Mountain Division

Representative to the League of California Cities Transportation, Communications and Public Works Committee.

Delegate to the Mojave Desert Air Quality Management District Board

Alternate to the Mojave Desert and Mountain Recycling JPA