City of Victorville to Break Ground on Green Tree Extension

CITY OF VICTORVILLE TO BREAK GROUND ON GREEN TREE EXTENSION

VICTORVILLE, Calif. – Today, the City of Victorville announced that it will break ground on its Green Tree Extension on June 2. The City will extend Green Tree Boulevard 1.5 miles from Hesperia Road to Ridgecrest/Yates Road connecting the communities of Victorville and Apple Valley. The Green Tree Extension will create another East/West corridor benefitting the Victor Valley and providing much-needed congestion relief to Bear Valley Road.

Today, the City of Victorville hosted a Groundbreaking ceremony to celebrate the start of construction on this capital improvement project. Due to health order restrictions on public gatherings, attendance at the event was limited.

During the Ceremony, Victorville Mayor Debra Jones expressed the City’s enthusiasm for starting work on this project that has been 50 years in the making. The Green Tree Extension was first envisioned in the 1970’s. The project was added to the Victorville General Plan in 1988 and became a viable project in 2007.

Integral to the project is a 600-foot-long bridge that will travel over the BNSF railroad. When complete, it will be the longest bridge in Victorville. City officials estimate more than one million pounds of rebar and 24 million pounds of concrete will be used in the new bridge.

Bike lanes will be added throughout the length of the project creating a larger bike lane loop nearly seven miles long connecting the Mojave Riverwalk to Hesperia Road and 7th Street.

“To bring an engineering marvel of this magnitude to reality requires not only great engineering, but also great vision, teamwork and collaboration,” said Victorville Mayor, Debra Jones. “We are extremely grateful to the Town of Apple Valley, County of San Bernardino and San Bernardino County Transportation Authority for helping us make this vision a reality.”

The Green Tree Extension will be completed for a total cost of approximately $46.8 million. San Bernardino County Transportation Authority will contribute $22.7 million, the City of Victorville $15 million, the Town of Apple Valley nearly $4 million, and the County of San Bernardino approximately $900,000. Additionally, a federal earmark of $4.2 million originally designated for the High Desert Corridor was authorized for construction of the Green Tree Extension.

To pay its portion, the City of Victorville has contributed $6.6 million in cash and is financing the remaining portion via a loan agreement with SBCTA that will be paid off utilizing future road development impact fees.

The City’s construction contractor, Skanska USA will break ground on the project June 2. Construction is expected to take 22 months to complete.

Located in Southern California at the high-point between Los Angeles and Las Vegas, Victorville is the leading city for both industry and retail in the High Desert region. Victorville is a growing, vibrant community that is home to approximately 125,000 residents and some of the area’s largest employers. Clean air, abundant mountain vistas, family-friendly recreational activities, spectacular sunsets and breathtaking night skies entice locals and visitors alike to fall in love with this city that is within a few hours of SoCal beaches, National Parks, mountain retreats, and other major attractions. Ontario International Airport is less than an hour away. Learn more about the City of Victorville at VictorvilleCA.gov. 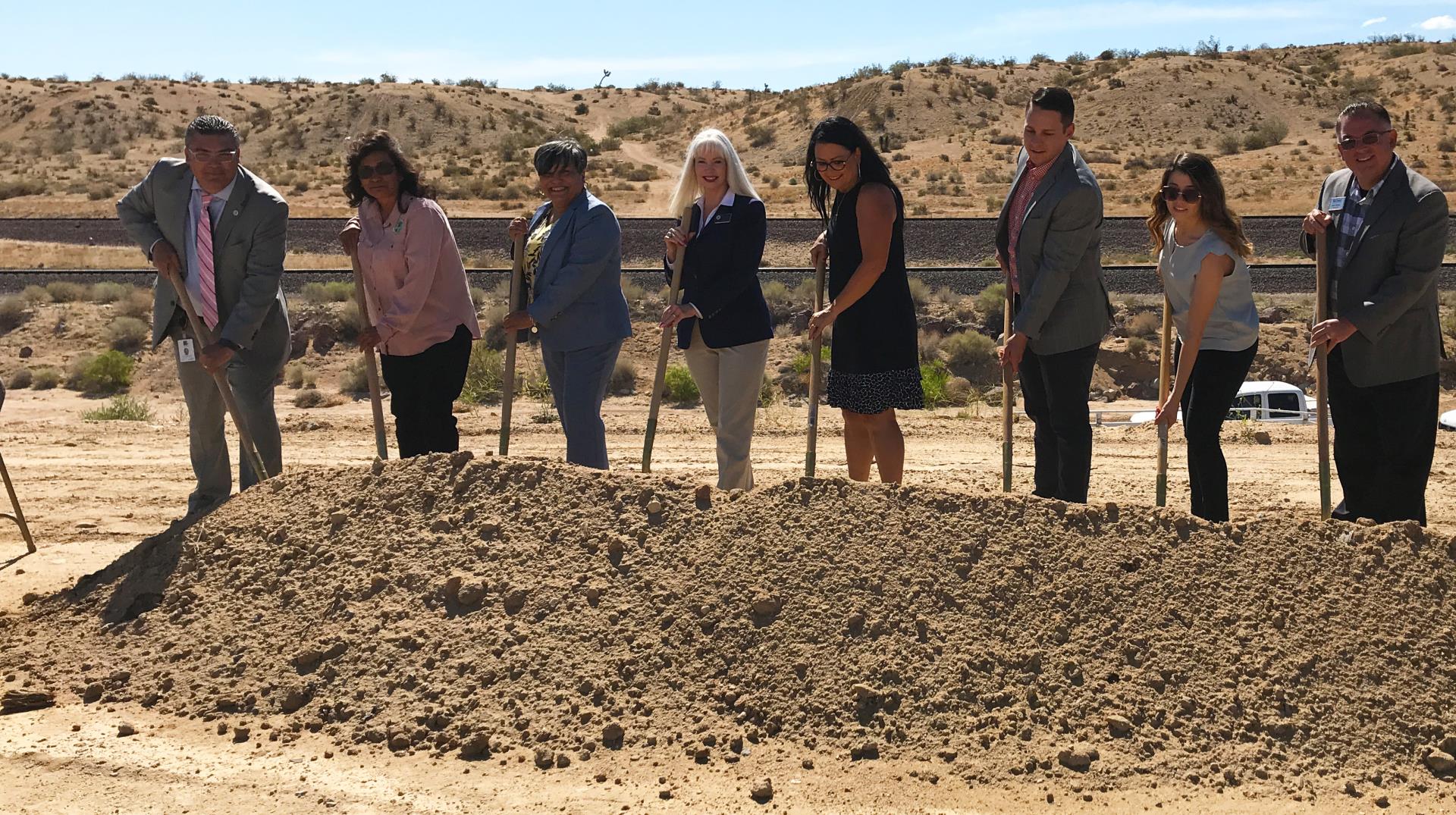 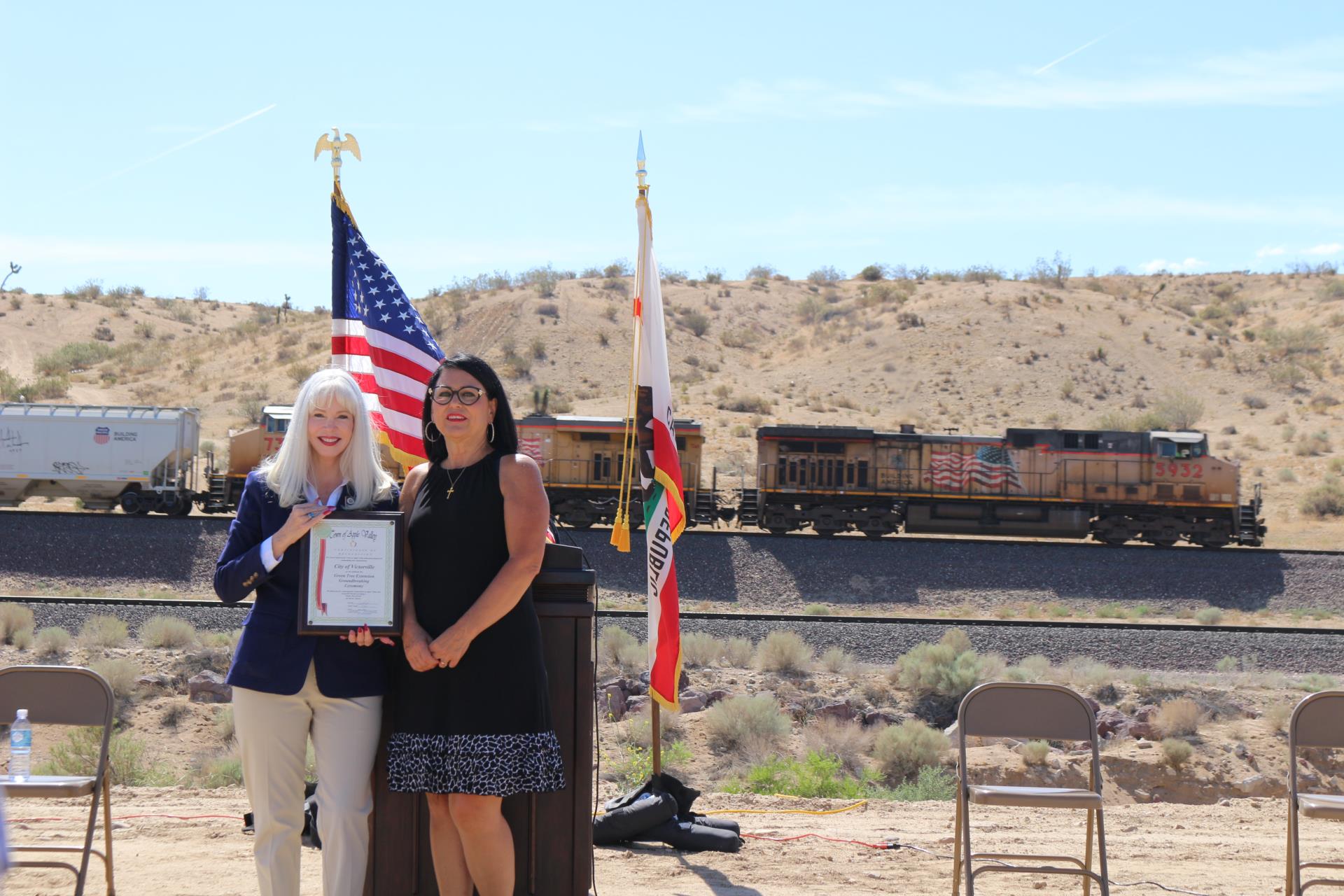