VICTORVILLE, Calif. – Today, the City of Victorville announced that it has selected Jeff Armstrong to serve as the City’s Fire Chief following a nationwide search. Armstrong, a proven fire chief with 24 years of fire and emergency services experience, will assume his leadership role with the Victorville Fire Department on March 29. He comes to Victorville Fire after having served as a Fire Chief for the past eight years, most recently for the Rio Vista Fire Department in Northern California.

A native of California, Armstrong began his career as an EMT in Placer County after graduating high school. Soon thereafter, he joined the Placer Hills Fire District, fell in love with the fire service and made it his career steadily progressing through the ranks to Chief Officer. In addition to his fire and emergency services experience, Armstrong has worked extensively in fire prevention; program development; apparatus design and purchase; and fire station design, construction and remodel.

“Jeff is a proven fire services professional with the breadth of skills, leadership and experience needed to take our City’s fire department to the next level,” said Victorville City Manager, Keith Metzler. “Jeff is joining Victorville Fire at an exciting time. We will rely on his leadership to guide us through expansion of our fire and medical services including standing up Fire Station 315 with new revenue generated by Measure P.”

Armstrong is a credentialed Chief Fire Officer and Fire Marshal by the Center for Public Safety Excellence and holds numerous other fire service certificates including Chief Officer and Fire Investigator II.

Armstrong has also served in a number of service positions with international and state professional fire associations, including Chair and President of the Operations Section of the California Fire Chiefs Association during which he served on the Governor’s Tree Mortality Task Force. Currently, Armstrong serves as the At-Large Director for the Safety, Health and Survival Section of the International Association of Fire Chiefs.

“I look forward to continuing the development of Victorville Fire and working with its skilled team of fire professionals to further establish a culture of excellence, inclusion and collaboration,” said Armstrong. “Central to our effort will be to make Victorville Fire a community-focused fire department.”

Currently, Armstrong is working toward completing his master’s degree in homeland security. He holds a bachelor’s degree in public safety administration and an associate’s degree in fire science. He and his wife, Christy look forward to joining the Victorville community.

Armstrong will succeed John Becker who has served as interim fire chief of the department for six months following the departure of previous fire chief, Greg Benson.

Located in Southern California at the high-point between Los Angeles and Las Vegas, Victorville is the leading city for both industry and retail in the High Desert region. Victorville is a growing, vibrant community that is home to approximately 125,000 residents and some of the area’s largest employers. Clean air, abundant mountain vistas, family-friendly recreational activities, spectacular sunsets and breathtaking night skies entice locals and visitors alike to fall in love with this city that is within a few hours of SoCal beaches, National Parks, mountain retreats, and other major attractions; and Ontario International Airport is less than an hour away. 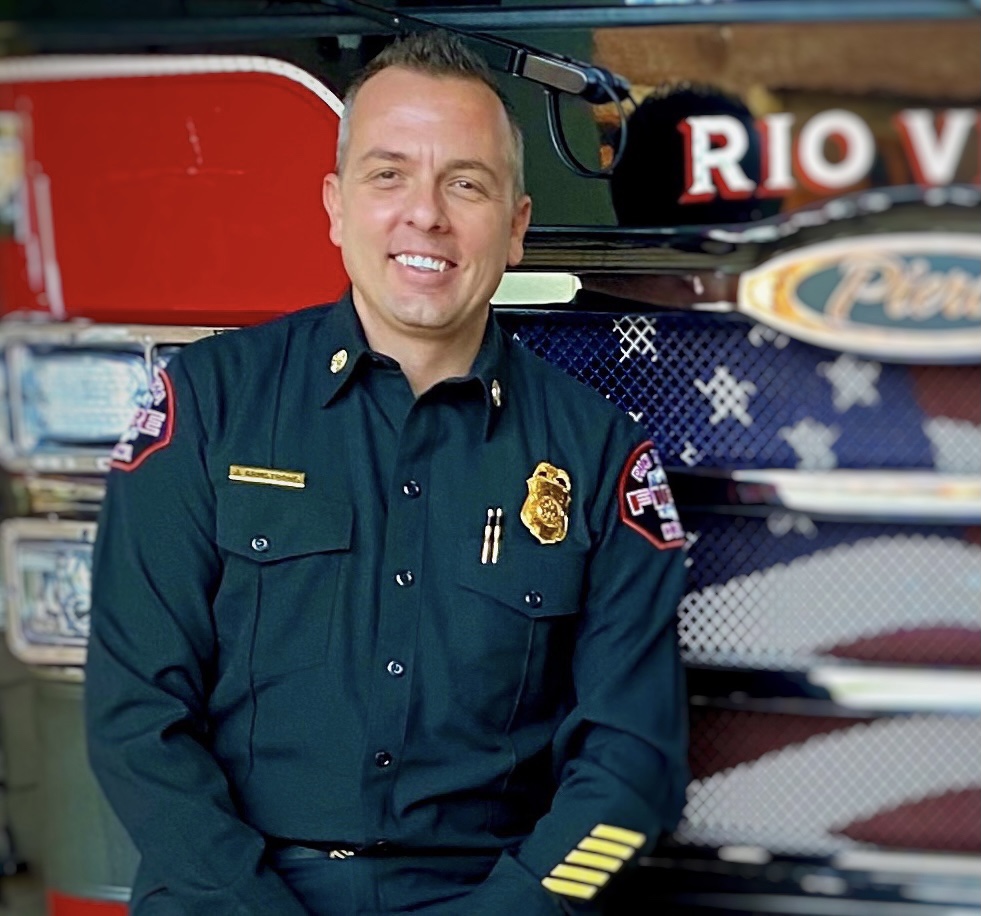